Are you struggling with finding the hope you need to get through a difficult time?

Today I am sharing some encouragement through a different form. I am going to team up with my nephew, who is a youth ministry leader to share with you some hope to get through today as well as the difficult days that are ahead.

I am going to share with you a YouTube video that nephew made for the youth of his church while they are quarantining.

It is my hope that you are encouraged by his words. If you have any youth in your home who may be discouraged and need to be uplifted, share this with them as well.

Click on the link below to listen to Pastor Travis give us hope and encouragement knowing we will get through this difficult time.

Disclaimer: I have his permission to share this video, as well as additional videos with you. It is his desire that you will be touched and encouraged by the words God gave to him to share with us.

I am sharing a guest post today from a sweet friend over at Trophy of Grace / DON’T LOOK BACK & DON’T GET STUCK IN THE MIDDLE — TROPHY OF GRACE . I shared and linked you to her page as well. It is my desire you will be inspired by this wonderful post, especially if you found yourself stuck in a place or season in life where you are constantly looking backwards to what you know or what you have been through, instead of looking forward to what God has waiting for you.

If you go over to her page via mine, please leave her a comment saying I sent you (Heidi from Home. Life. Encouragement.)

Just a little reminder today to “Not look back.” Don’t camp where you were once hurt. It’s important to deal with our brokenness and pain but NOT to camp there. Don’t get stuck in the middle my friend. The middle has nothing for you.

“Don’t get stuck in the middle. We have to learn to go the full journey. Someone needs us on the other side of the shore line.” Charlotte Gambill

In Genesis, God reveals to Abraham that Sodom and Gomorrah are to be destroyed for their grave sins. Abraham pleads for the lives of any righteous people living there, especially the lives of his nephew, Lot, and his family. God said He would spare the cities if 10 righteous people can be found. So the LORD sent two angels to Lot in Sodom but are met with an angry, wicked mob who are then struck blind by the angels. Finding only Lot and his family as righteous among them, the angels warn Lot to quickly leave the city and they said “Run for your lives! Don’t look back and don’t stop in the valley. Run to the hills, so that you won’t be killed.”

But Lot’s wife did, and she became a pillar of salt.

Have you stopped in the valley?

Do you keep looking back?

I don’t know about you but I sure don’t want to be a pillar of salt, lol. Nope! Nope! Nope!

Don’t look back and don’t get stuck at the point of your pain. That my friend, I have done, and it’s not a fun place to be. I have been stuck from things of my past and present hurts.

Just a side note, the Bible has amazing accounts and stories in it from murder, hate, jealousy, and even sex. Yep! Sex is in the Bible. Get in the Word

Another cool story is the man at the Pool of Bethesda, John 5. “Soon another Feast came around and Jesus was back in Jerusalem. Near the Sheep Gate in Jerusalem there was a pool, called Bethesda, with five alcoves. Hundreds of sick people; blind, crippled, paralyzed were in these alcoves. One man had been an invalid there for thirty-eight years. When Jesus saw him stretched out by the pool and knew how long he had been there, he said, “Do you want to get well?”

The sick man said, “Sir, when the water is stirred, I don’t have anybody to put me in the pool. By the time I get there, somebody else is already in.”

Sounds like a pity party to me….I’ve had a few of those myself.

Jesus said, “Get up, take your bed, and start walking.” The man was healed on the spot. He picked up his bed and walked off.

That’s what I’m talking about…he was healed and he got about His Father’s business and he told of what Jesus has done for him.

That man sat there for 38 years!!! I’d like to think that in 38 years I could’ve wiggled myself to that pool and just fell into it, LOL. I mean that’s a really, really, long time! 38 years???

But isn’t that what we do sometimes, we get stuck somewhere at the point of our pain and we become paralyzed. I know I’ve been there. Truth is I’ve been there to long myself with some things. But you don’t want to be that man 38 years later and your still camped there.

That’s where I’m headed….to Bethesda! The house of mercy, the place of flowing water.

“I know it hurts precious one. I know your wounds. I know your disappointments. I’ve seen the betrayals. I’ve seen your tears. I see your brokenness. But what you didn’t realize all along is that I was with you through the pain, and I am here to make it right. I will work it all out, all the pain, the hurt, the disappointment, the betrayals ALL for your good because your are precious in My sight and I love you. I will give you beauty for ashes. But you have to let go of those ashes, leave them behind so I can resurrect you with newness of life. All those things the enemy tried to steal, kill, and destroy, I got your back. I and the God of restoration. No weapon formed against you will prosper. Remember Lot’s wife, and Don’t look back and don’t get stuck in the middle at the point of your pain. Your destiny is ahead, and I am leading you toward your dreams. I have a hope and a future for you. I am able to do immeasurably more than all you can ask, hope for, or imagine.

Hope y’all have a blessed and wonderful day! Remember, YOU ARE BEAUTIFUL, YOU ARE AWESOME, YOU ARE CHOSEN, AND YOU ARE AN OVERCOMER! YOU ARE A TROPHY OF GRACE! 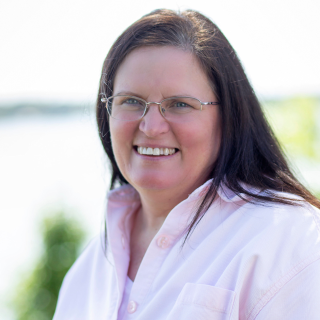 I am a wife, mom, and daughter. I have served in the United States Army, gone to college and received a Batchelor's Degree in Criminology. I married my husband when he was on active duty in the United States Army so I have the unique knowledge of what it is like to be on both sides of a Military uniform. I have been a wife for a lot longer than when I was in the Army. While we were stationed in Germany, my daughter, who is 22 years old now was born and I chose to put my career on hold to be a mom and eventually a homeschool mom. The past 10 years have been wrought with many struggles for various reasons, but it is as a result of those struggles that this blog has come about. As the years passed and the struggle kept coming, I would say to God, "I'm not sure why we have to go through all of this, but if we have to God, then allow my story to serve as a means of encouragement to others so all this pain isn't for nothing." Well the years passed but the struggles never went away. I feel now is the time God wants me to begin sharing my story. It is my prayer as I share my heart that it will serve as a healing opportunity for you, my readers. Know you are not alone. There is hope and encouragement that waits.

Be Encouraged Today, “Inner peace begins the moment you choose not to allow another person or event to control your emotions.” — Pema Chodron

I am teaming up with my nephew, Pastor Travis to bring you some encouragement during this difficult Covid – 19 time. Click on the link below to view it. I will also be updating this to bring you the latest uploaded videos. So check back every week to see what he will be preaching on next or go over to his channel and subscribe to him directly.

HL&E Designs is our Veteran Owned Home Based Business

My business was created from the inspiration and encouragement my blog provides.

Each and every one of our products are uniquely created by hand and with love.

I am working on creating a website, but with everything, it takes time.

When my website launches I will include it here for you as well.

Until then you can access us via FB and IG using @HL&E Designs on both pages.

We accept PayPal Me @HL&E Designs

Are you looking for an online church that will encourage and inspire you from week to week.

Check out our church. They offer five in person church locations if you live in Virginia as well.

New Category I am looking forward to sharing with you…

Please Check back as I will be adding to this list.

Amanda loves to inspire us to clean and decorate our homes and also shares amazing life tips to make life a bit easier as well.

She is real and honest and loves to share resources she stumbles on and we just find her relaxing to listen to and watch.

Are you looking for inspirational books, check out my list below.

Love Echoed Back, I cried Out, He Answered by Elaine A. Lankford

The Brave Art of Motherhood, by Rachel Marie Martin

Love Echoed Back: I Cried Out; He Answered, by Elaine A. Lankford

Trophy of Grace – Be The Best You

The Female Project – We Must Keep Getting Up